The Partnership for a Drug Free America – This web site provides “provides advice and stories from parents and professionals about drug prevention, intervention and raising healthy teens.”

https://alcoholicsanonymous.com/aa-meetings/indiana/ – Discover Indiana Alcoholics Anonymous meetings per county or city, and take the next step to overcome alcohol addiction.

Community Anti Drug Coalitions of America: This web site provides a variety of resources on drugs and alcohol as well as information on community coalitions.

National Institute on Health: NIH is the primary federal agency for conducting and supporting medical research.

Substance Abuse and Mental Health Services Administration: SAMHSA’s mission “is to reduce the impact of substance abuse and mental illness on America’s communities.”

Office of National Drug Control Policy: “The principal purpose of ONDCP is to establish policies, priorities, and objectives for the Nation’s drug control program.”

Indiana Division of Mental Health and Addition: this agency is responsible for insuring that Indiana residents have “access to appropriate mental health and addiction services that promote an individuals self sufficiency.”

Family and Social Services Administration: this agency is responsible for the administration of family/children assistance, and adult and child protection.

Center for Disease Control and Prevention: provides health information on substance abuse and other topics.

Above the Influence.com: this site provides drug facts and information about the pressures surrounding drugs through media, interactive games, and fun quizzes. 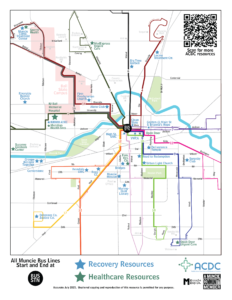 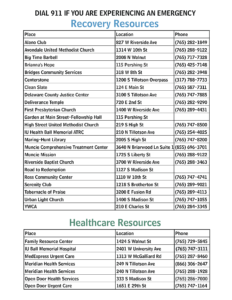 Illegal in the United States until 21 years of age.

Methods of Use: beverage / swallowed.

Signs of Abuse: getting drunk on a regular basis, lying about how much alcohol one has consumed, frequent hangovers, experiencing blackouts, believing alcohol is necessary to have fun.

Youth and College Drinking: Breaking the patterns: this webcast will look at the implications of student drinking and illicit or licit drug use and the effects on their student life and achievements.

A mixture of green, brown, or gray flowers or leaves that have been dried or shredded from a hemp plant, called Cannabis sativa. Hashish, hash oil, and sinsemilla are stronger forms of marijuana. The main ingredient of marijuana is THC (tetrahydrocannabinol).

Methods of Use: smoked or eaten.
Marijuana rolled into a cigarette is called a “joint”, when placed in hollowed out cigars its called a “blunt”.
Marijuana can also be mixed into food or other drinks, like tea.

Heroin users tend to develop a tolerance to the drug and often need more and more to feel the effects. The change of an overdose is a risk on the streets where the purity of the drug is unknown. White to dark powder or tar like substance.

Methods of Use: injected, smoked, or snorted.

Some users avoid sleep for days. Meth can increase crime and cause environmental harms. White or slightly yellow crystal like powder or large rock-like chunks.

Methods of Use: Swallowed, injected, snorted or smoked.

Illegal in the United States until 18 years of age.

Ecstasy is methlenedioxymethamphetamine (MDMA), a “designer” or custom made drug. A stimulant popular at parties, raves and clubs because of the stimulant effect allowing users extended time dancing.

Methods of Use: swallowed in a pill form typically with branded images on them.

User may transport in small bottles or eye drop bottles. Used during “date rapes” and other assaults. It is a federal crime to use any controlled substances to aid in sexual assault.

Methods of Use: snorted, orally in liquid form, smoked, or mixed into drinks.

Referred to as the “date rape” drug. creates a drunk feeling that lasts two-eight hours. Used in sexual assaults.

Methods of Use: swallowed or snorted.

Popular at raves. A general anesthetic for medical procedures in people and animals.

Methods of Use: Snorted or Smoked, can dissolved into beverages in liquid form or injected.

D-lysergic acid diethylamide. The most powerful hallucinogen known to humans. Can be in the forms of tablets or squares of paper.

Methods of Use: Swallowed or absorbed through mouth tissues.

Methods of Use: Vapors are inhaled.

Cocaine is one of the most powerfully addictive drugs. Cocaine is made from the coca plant and can be in a powder or crystal form.

Methods of Use: Cocaine: snorted or dissolved in water and injected. Crack: heated and smoked in a pipe.

D-lysergic acid diethylamide. The most powerful hallucinogen known to humans. Can be in the forms of tablets or squares of paper.

Methods of Use: Swallowed or absorbed through mouth tissues.

Methods of Use: swallowed or brewed in teas.

Marijuana joints  can be dipped in PCP without smokers knowledge.

Methods of Use: Snorted, smoked, swallowed, or injected.

Methods of Use: swallowed , applied to skin, or injected into muscle.

Getting High on Prescription and Over-The-Counter Drugs is Dangerous (PDF).

Ready to Give? Donate Today!